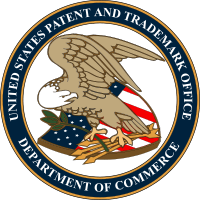 During the trademark application and registation process, entrepreneurs, tech startups, and other businesses who wish to protect their brand name, logo, or slogan in the United States Patent and Trademark Office (USPTO.gov) may come across proceedings that are taking place in the Trademark Trial and Appeal Board (TTAB).

Federal trademark regulations will require foreign-domiciled trademark applicants, registrants, and parties to Trademark Trial and Appeal Board proceedings to hire a U.S.-licensed attorney to represent them at the USPTO.

Ex Parte Appeals in the Trademark Trial and Appeal Board (TTAB)

An ex parte appeal is the recourse available to an owner-applicant that is dissatisfied with a USPTO examiner’s final refusal to register their applied-for trademark on substantive grounds.

Within six (6) months of receiving a final refusal, an applicant must file a Notice of Appeal along with the by the associated fee. In most cases, the evidence of record in an ex parte appeal is limited to the evidence submitted during the prosecution of the subject application. However, if an applicant or examining attorney wishes to introduce additional evidence once the appeal has been formally initiated, that party must request that the Board suspend the appeal and remand the matter for consideration of additional evidence. As a general rule, the Board will only grant the request upon a showing of good cause.

Approximately six months following submission of all arguments, the  Board will issue a written decision based on the evidence of record, the applicant’s briefs, the examiner’s brief, and, if applicable, the substance of the oral hearing. In the event that either party is not satisfied with the Board’s decision, that party may request rehearing, reconsideration, or modification of the decision. Once the requested action has been taken, if either party remains dissatisfied with the outcome, that party can appeal the Board’s decision to the United States Court of Appeals for the Federal Circuit or seek review of the Board’s decision by commencing a civil action in a United States District Court.

Inter Partes Proceedings in the Trademark Trial and Appeal Board

There are various kinds of inter partes disputes over which the TTAB has jurisdiction including opposition proceedings and cancellation proceedings. Each type of proceeding involves its own standards but litigation through the TTAB is universally narrower and more streamlined, largely because the TTAB’s decision-making authority is limited exclusively to issues of trademark registrability.

Oppositions in the TTAB

An opposition proceeding is an available means of contesting a trademark after the mark has been preliminarily approved by an examining attorney at the USPTO but before a federal registration has actually been issued.  Following issuance of a Notice of Allowance, an applied-for mark is published in the Official Gazette, where it remains subject to third-party challenge for thirty (30) days. During that time, “any person who believes that he or she would be damaged by the registration of a mark on the Principal Register” is permitted to formally initiate an opposition which, if successful, would prevent that trademark from obtaining federal registration. Any party seeking to utilize this mark must file a Notice of Opposition within the 30-day window, or within an approved extension of time for filing the opposition.

There are numerous grounds on which an opposition can be based, including likelihood of confusion, dilution, primarily merely a surname, genericness, mere descriptiveness, and suggestion or false connection, origin, or sponsorship. An applicant-defendant in an opposition proceeding can assert various affirmative defenses such as acquiescence, estoppel, and unclean hands. If the opposer cites federal registrations in its notice of opposition, an applicant-defendant also has the option to counterclaim for cancellation of those registrations, assuming that there is a factual basis for doing so.

Cancellations in the TTAB

What to do After Notice from Trademark Trial and Appeal Board

When trademark applicants, entrepreneurs, and tech startups receive a notice from the Trademark Trial and Appeal Board, they should take the notice seriously, study it, and contact an experienced trademark attorney in Los Angeles or other city or state for consultation on trademark defense, opposition or cancellation strategy.