What *Not* to do When Filing a Trademark Application 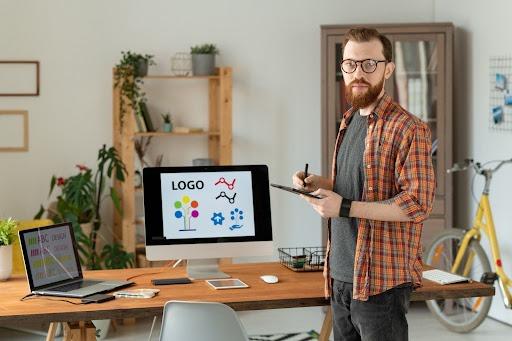 “THE GOOD WEATHER CHANNEL” as a mark could be viewed as merely descriptive as it simply describes what the channel is doing. In the amendment, the applicant argued that the term “GOOD” is not descriptive of the quality of the channel itself, but relates to the distinctiveness of this brand as compared to others in the same industry.

Most existing weather channels focus on both good and bad weather, whereas this one will be focusing only on what consumers of the channel would consider being “good” weather.

Additionally, the applicant takes notice in this amendment that no claim is made as to the exclusive right to use any of the words in the name individually apart from using the mark as a whole as shown.

In its most recent amendment to the initially filed application, the applicant changed the design of the mark. The USPTO cannot accept any amendment to a mark if it materially alters the mark in the drawing from the original application or from a previously accepted amended drawing.

Per the USPTO Office Action from Apr. 8, 2021 (Case ID: 90011798), an amendment is considered material if the altered mark does not retain the essence of the original mark or if the new and old forms do not create the impression of being essentially the same mark.

The previously accepted mark was “THE GOOD WEATHER CHANNEL” in colorful lettering. The newly amended drawing shows the mark as: “THE GOOD WEATHER CHANNEL APPLICANT ADOPTS WORDING PROPOSED BY EXAMINER IN THE OFFICE ACTION FOR THIS SECTION.” This seems to be an administrative mistake as the applicant likely intended the mark to just remain as those four initial words, but placing that extra explanatory phrase in the Mark on the application cannot be accepted and has led to yet another Office Action that requires a response.

In this case, the USPTO found the new mark to have been materially altered based on this standard. However, it does offer an opportunity to withdraw the request to amend the drawing in the event that the applicant mistakenly entered the additional words and phrases into the mark, as seems to be the case here.

In addition to this administrative issue, the applicant also indicated that it is adding a § 1(b) intent-to-use basis to the application on top of the § 1(a) basis it has already attempted to file under. Under USPTO rules, an applicant may not assert both a § 1(a) Use-in-Commerce basis and a § 1(b) Intent-to-Use basis for identical goods or services in the same application. (For a more detailed discussion on the differences between a § 1(a) application and a § 1(b) application please see this blog on THE ADVANTAGES OF INTENT TO USE TRADEMARK APPLICATIONS. This is an issue that the applicant must address and clarify in its next response.

The applied-for mark is also facing hurdles about the distinctiveness of the mark. The applicant has been notified that a § 2(d) refusal is likely on the basis of the Likelihood of Confusion of an existing mark and that a § 2(e)(1) refusal is likely due to the mark being merely descriptive. The applicant has made arguments against these refusals (some discussed above) that will be fully addressed when the issues are made final.

“THE GOOD WEATHER CHANNEL” appears to be merely descriptive of the goods and services and not distinct enough to overcome that hurdle, and the USPTO appears to agree.

The USPTO summarizes in this Office Action the main issues with the application as follows:

To remedy the Identification of Services problem, the USPTO suggested new wording for the registration of this mark under International Class 041: “Entertainment, namely, a continuing weather and news show broadcast over television, satellite, radio, audio, and video media.” The original application contained the term “print media” which does not describe services that relate to the continuing of such weather or news shows as this company purports to provide.

While adding a disclaimer can be an option for overcoming an office action, the entire mark cannot be disclaimed.

Furthermore, the specimen filed with this application was refused because it failed to show the applied-for mark in use in connection with the identified services.

In order for the application to proceed and not be refused entirely, the applicant must specifically address ALL ISSUES listed in the above snapshot in its response to the USPTO.

As you can see, the USPTO had numerous issues with this trademark application, some more easily resolvable than others and, as a result, this application may be doomed to ultimate refusal.

Many of these issues are common in the filing of trademark applications and it is important for entrepreneurs and brand owners to be cognizant of these issues so that they can avoid these common pitfalls that ultimately can lead to an application being refused.

Any entrepreneur or brand owner that is considering filing a trademark application with the USPTO should consult an experienced trademark and tech startup attorney and make sure that they are fully aware of all of these potential issues (among many others) before filing the application to give the application its best chance of approval and, ultimately, of federal registration.