Is UNCLE SAM a Protected Trademark? 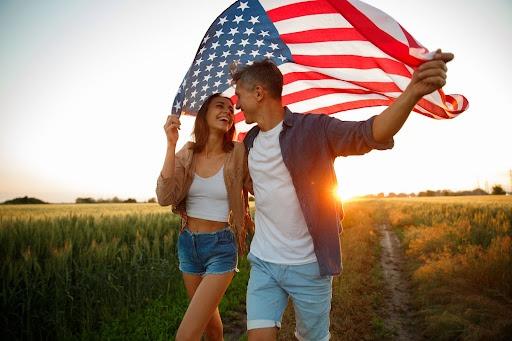 There are many potential reasons for a trademark application to be refused by the United States Patent and Trademark Office (“USPTO”). One such reason is that the applied-for mark creates a false impression of an association with the United States Government when, in reality, no such association exists.

As the 4th of July holiday approaches, patriotic images and symbols will begin to surface in company advertisements and specialty products (i.e., Budweiser American flag cans). This raises an interesting trademark question: can UNCLE SAM be trademarked?

The image and name of Uncle Sam are so deeply ingrained in American culture that any use of the name or image creates an association with the United States Government. For this reason, any company that is not associated with the U.S. government may not trademark the term per Section 2(a) of the Lanham Act (15 U.S.C. § 1052(a)).

Additionally, 15 U.S.C. § 1052(b) states that a trademark registration may be denied if it “consists of or comprises the flag . . . or other insignia of the United States . . . .” Under this section of the Lanham Act, Uncle Sam’s image, consisting of his American flag hat, could potentially lead to the USPTO’s refusal of an attempt to trademark his image.

Uncle Sam is an iconic symbol of American patriotism. The iconic character was first created in 1917 by James Montgomery Flag and used in a U.S. Army recruitment poster.

The Uncle Sam character has in fact been trademarked by companies for many different goods and services, but a German sporting goods company recently had their application to register this trademark denied. The USPTO determined that the company’s character mark was not distinctive. The cultural significance of the Uncle Sam image in American society was a big reason for the denial of this application.

Below are some examples of trademark applications including the phrase “UNCLE SAM” that *were* allowed to proceed:

This application for “UNCLE SAM AMERICAIN RICE” was likely allowed to proceed because the logo, consisting of Arabic characters and a color scheme not typically used to evoke association with the United States, could not reasonably lead consumers to believe that this company was associated with the United States Government in any capacity.

This registered trademark for “UNCLE SAM” was for kitchen materials and bottle openers. It is unclear why this particular trademark application was allowed to proceed, but perhaps the USPTO felt that no reasonable consumer would be led to believe that the US Government was attempting to sell pots and pans labeled “Uncle Sam.”

Sections 2(a) and 2(b) of the Lanham Act do not mandate refusal of these applications, but state that the USPTO may refuse the application on these grounds. Apparently, the USPTO did not believe that these two brands would create in the minds of consumers a false association with the United States Government or any of its agencies.

Trademark applications may be refused by the USPTO for a variety of reasons, including false association with the US Government. “Uncle Sam” is an iconic symbol of American culture.

Any entrepreneur or brand owner that wants to register a mark that could potentially create a false association with the United States Government should consult with an experienced trademark attorney to determine the appropriate steps for moving forward with that application. And, of course, Happy 4th of July!