Trademark Registration of a President’s Name 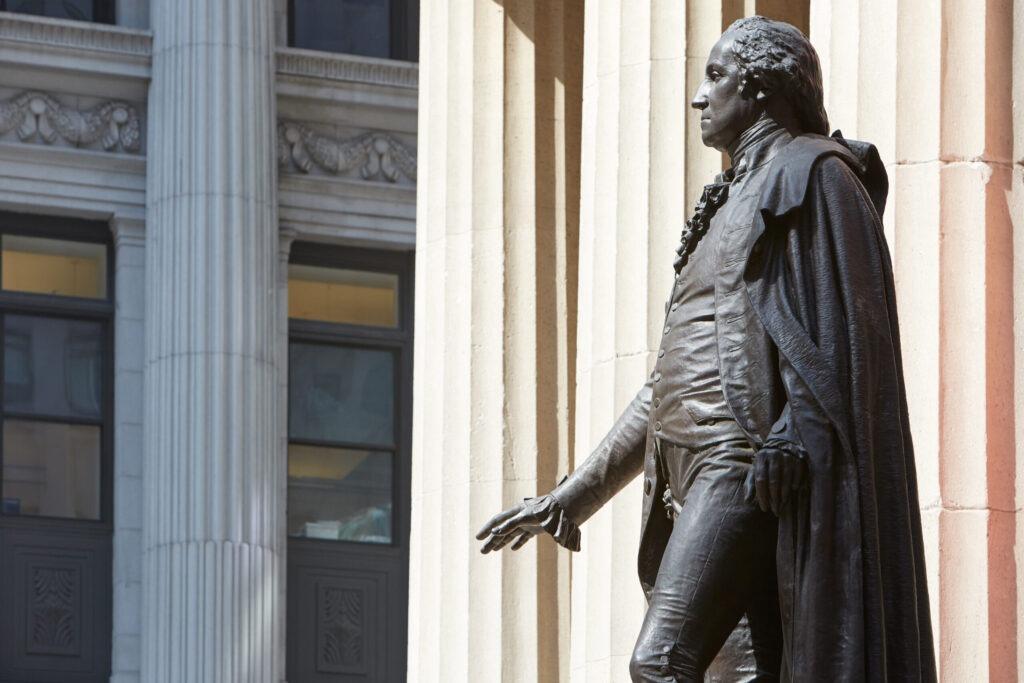 Whether or not a company can pursue trademark registration of a President’s name, or other surname, in connection with a legal product or service, depends on the interpretation of the rules in Title 15, Section 1052 of the Trademark Act, and the entrepreneur or technology startups’ risk tolerance. When entrepreneurs, technology startup, and other small businesses in Los Angeles and across the United States start think about trademark protection, one of the issues that they may come across is whether or not a company can legally protect a last name – also known as a surname – in the United States Patent and Trademark Office.

With Presidents’ Day right around the corner, what better way to analyze this issue by reviewing famous trademarks that are also the surnames of some Presidents of the United States.

No list of famous United States Presidents would be complete without mentioning the Father of our country, George Washington. The First President of the United States was famously sworn in New York City, not Washington DC, and is renowned for many military, business, and political achievements in the 18th Century.

Washington Apples® is a registered trademark in the United States Patent and Trademark Office (USPTO) for apples in International Class 031. Owned by Washington Apple Commission Corporation.

Under U.S. Trademark Law, Title 15 of the United States Code, §1052 no trademark…shall be refused registration on the principal register on account of its nature unless it … (e) Consists of a mark which … (4) is primarily merely a surname.

Of course, any worthwhile discussion of famous U.S. Presidents must discuss Illinois trial attorney, turned politician and then the 16th President of the United States, Abraham Lincoln, who is famous among other things for his Four Score and Seven Years ago speech, a work that has been revered as one of the greatest pieces of literary prose and political work ever produced.

Lincoln® is also a registered trademark in the United States Patent and Trademark Office (USPTO) in International Class 012 for motor cars, with a priority and first use in commerce date of 1920.

There is no doubt that WASHINGTON APPLES, LINCOLN CARS, and other examples such as the ROOSEVELT HOTEL in Hollywood (Los Angeles), and even TRUMP REALTY function as established trademarks in commerce in the United States, and are duly registered in the US Patent and Trademark Office.

The law therefore seems contradictory at first, in that 15 USC 1052 prohibits registration of surnames as trademarks. However, the rules of trademark registration in the Trademark Manual of Examining Procedure, section 1211, goes on to state that surnames are not registrable “absent a showing of acquired distinctiveness.” For a discussion of how to achieve acquired distinctiveness, see this blog and this blog.

Consultation with an experienced technology attorney versed in trademark and intellectual property law, whether based in Illinois, Washington DC, New York, and even Hollywood and the greater Los Angeles area, can help entrepreneurs and technology startups analyze the risks of selecting and adopting a new brand name, and the federal trademark protection and registation strategies that may apply to that specific business venture. As the examples of famous Presidents’ surnames also fully functioning as famous trademarks in their respective goods and services shows, exceptions to rules may apply.