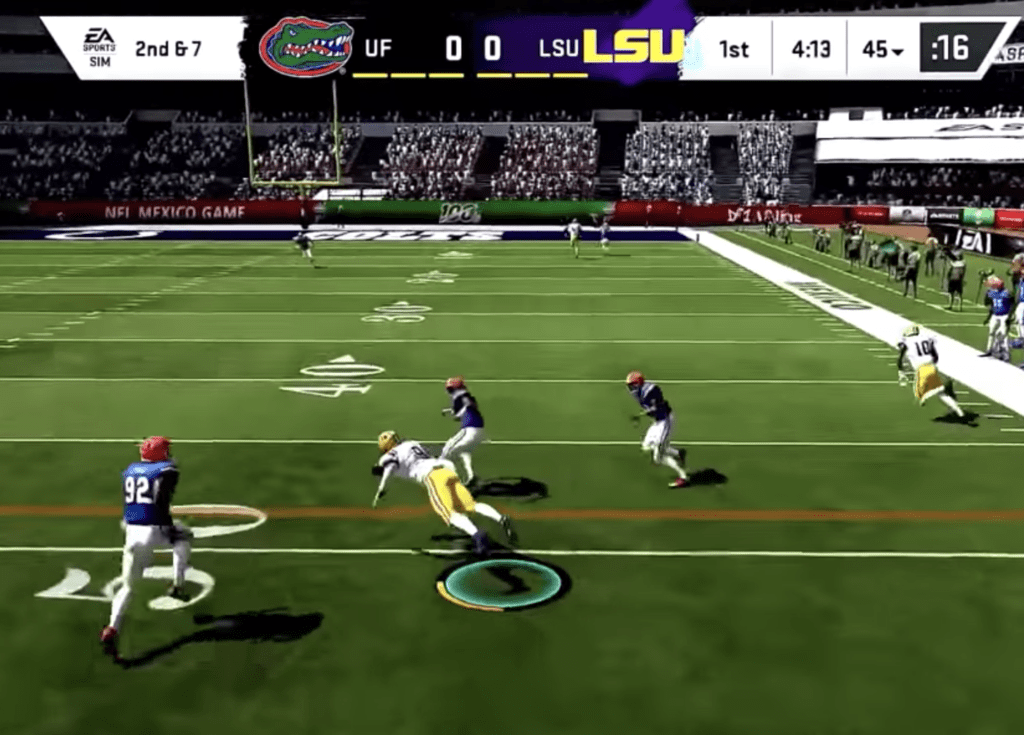 The Board of Governors of the NCAA, which oversees college sports in the United States, has voted unanimously to allow players to make deals, generate income, and otherwise profit and benefit from the exploitation of their right of publicity and the right to control and profit from the commercial use of their name, likeness, and persona. This includes images, graphical depictions of players in, for example, video games, and even the use of a player’s signature or any other identifying characteristics.

While there is no federal law in the United States Code protecting the right of publicity, as there is, for example, for copyright law, trademark law, and patent law, several U.S. states recognize the right of publicity, including California. California, being the home state of many celebrities through the years, has a long established and rich body of statutory and common law right of publicity jurisprudence over the years. Under California Code, Civil Code § 3344 which provides “Any person who knowingly uses another’s name, voice, signature, photograph, or likeness, in any manner, on or in products, merchandise, or goods, or for purposes of advertising or selling, or soliciting purchases of, products, merchandise, goods or services, without such person’s prior consent, or, in the case of a minor, the prior consent of his parent or legal guardian, shall be liable for any damages sustained by the person or persons injured as a result thereof. ”

Last month, California Governor Gavin Newsom signed the Fair Pay to Play Act, giving college athletes the ability to earn income from endorsements and sponsorships starting in 2023. California’s law bans schools in the state from preventing student-athletes from accepting compensation from advertisers and allows them to hire agents and some say this pressured the NCAA into acquiescence and relinquishment of the assets, namely the players publicity rights.

College athletes have been fighting to control their own publicity rights for many years. Famously, in 2015 a federal judge ordered the NCAA to pay $44.4 million in attorneys’ fees and another $1.5 million to former UCLA Basketball player Ed O’Bannon in class-action joined by 19 players against the NCAA claiming the organization violated United States antitrust laws by not allowing athletes to get a share of the revenues generated from the use of their images in broadcasts and video games. The proliferation of console video games, iPhone and Android games, and social media, athletes’ publicity rights likely carry more value now than any other time in the history of the NCAA.