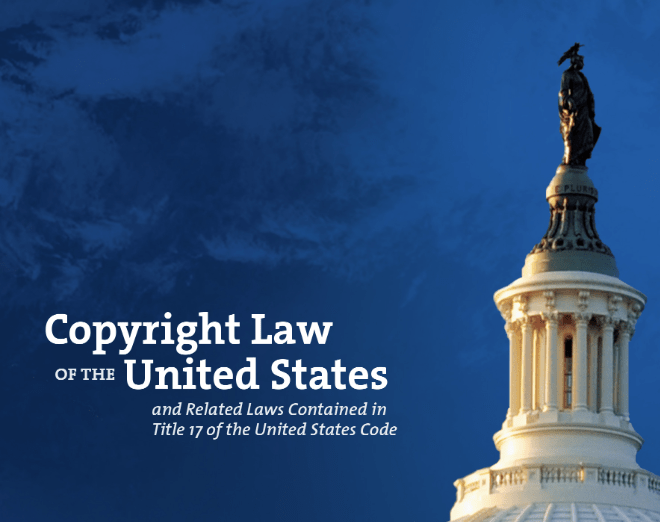 Below is a summary of notable copyright cases (www.copyright.gov) and developments highlighted during the presentation, as well as a discussion of their implications, generally and specifically for entrepreneurs.

Fourth Estate then brought a copyright infringement action against Wall-Street.com but Wall-Street moved to dismiss the claims on the grounds that Fourth Estate could not sue until after the Copyright Office acted on its application for copyright registration of the relevant works. The United States District Court for the Southern District of Florida granted Wall-Street.com’s motion to dismiss and the United States Court of Appeals for the Eleventh Circuit affirmed. In October 2017, Fourth Estate petitioned the Supreme Court for certiorari and the Court agreed to hear the case.

Before the Supreme Court’s decision, the circuits were split as to this question. Courts in the Fifth, Eighth, and Ninth Circuits had followed an “application approach,” whereby submitting a complete application to the Copyright Office was sufficient to meet the Section 411(a) requirement that “registration…has been made.” Fourth Estate advocated for this view. However, the Tenth and Eleventh Circuits adhered to a “registration approach,” mandating that the Copyright Office needed to have made a decision on the application in order for the Section 411(a) requirement to be met. Wall-Street was a proponent of this approach.

In a unanimous opinion (link to pdf) authored by Justice Ginsburg, the Supreme Court clarified that “registration” for the purposes of Section 411(a) occurs only once the Copyright Office formally registers a copyright and provides the applicant with certificate of registration, not when an applicant files for copyright registration. According to this decision, copyright owners may not enforce their rights against third parties until the Copyright Office “takes action” on their copyright application, meaning that copyright registration must actually be granted. This could create a significant time lag during which copyright owners are unable to enforce their rights.

On March 4, 2019, the Supreme Court ruled that a court’s discretion to award “full costs” to the prevailing party in copyright litigation is limited to the six categories of costs specified by Congress in the general federal costs statute codified at 28 U.S.C. §§ 1821 and 1920.

After concluding that Rimini Street had infringed various copyrights owned by Oracle, and violated certain California and Nevada statutes, a jury awarded Oracle damages, costs, and attorney’s fees. The district court also ordered Rimini Street to pay Oracle $12.8 million for various litigation expenses such as expert witnesses, e-discovery, and jury consulting. Rimini Street appealed the cost award to the Court of Appeals for the Ninth Circuit.

The Ninth Circuit affirmed the district court’s order.  Although Rimini Street argued that the Copyright Act limits the judgment awarded to “taxable costs,” the Ninth Circuit determined that, while the cost award covered expenses that are not included within the six categories of costs listed in the federal cost statute, codified at 28 U.S.C. §§ 1821 and 1920, it was nevertheless appropriate because Section 505 of the Copyright Act grants district courts discretion to award “full costs” to a party in copyright litigation, and that “full costs” was not confined to those six categories.

In a unanimous decision, the Supreme Court reversed in part (link to pdf), finding that recuperation of costs under the Copyright Act is limited to the six categories of costs specified by Congress in the general federal costs statute, which include clerk and marshal fees, printing or transcribing costs, witness-related costs, costs related to copying materials, docket fees, and compensation for court-appointed experts such as interpreters and special interpretation services.

The Court’s ruling clarifies that while certain costs can be awarded in litigation, copyright claimants may not obtain recovery for costs beyond what is statutorily provided. The decision serves as a reminder to copyright claimants of the costs available to a copyright litigant and that claimants should be wary of overreaching in their efforts to recoup the costs of enforcing their rights.

While directing the 2002 documentary “Comedian,” starring Jerry Seinfeld, Christian Charles filmed Seinfeld and a friend on a cross-country trip. Allegedly, Charles later pitched a concept to Seinfeld for a show that would feature Seinfeld driving around with a friend.

In 2011, Seinfeld began developing “Comedians in Cars Getting Coffee.” Charles was involved in the project, but a dispute arose between Charles and Seinfeld regarding copyright ownership. Seinfeld wanted Charles to be paid for directing episodes of the show on a work-for-hire basis, however Charles proposed that he be given ownership which would entitle him to receive some amount of the backend profits. After Charles and Seinfeld had a falling out in 2012, Charles had no further involvement in the show. Comedians in Cars Getting Coffee debuted on Sony Crackle then later moved to Netflix. In December 2017, Charles filed suit against Seinfeld, alleging copyright infringement.

Seinfeld moved to dismiss on the grounds that Charles’ claims were time-barred under the Copyright Act’s three-year statute of limitations for civil actions.  According to Second Circuit precedent, when copyright ownership is the dispositive issue, a copyright infringement claim is time-barred if the ownership claim is time-barred, even if infringing activity took place within the statute of limitations period.  The Second Circuit also applies the rule that a copyright ownership claim accrues only once, “when a reasonably diligent plaintiff would have been put on inquiry as to the existence of a right.”

The court agreed that Charles’ claims were barred by the statute of limitations. Given that Seinfeld twice rejected Charles’ request for back-end compensation and had made it clear that Charles’ only involvement would be as a work-for-hire director, the court reasoned that any claim of ownership by Charles had been effectively repudiated.  The court also found that Charles was sufficiently on notice of said repudiation beginning in 2012 when the show was produced and distributed without attributing any credit to Charles.

Accordingly, the court concluded that Charles’ copyright ownership claim had accrued no later than 2012, meaning that his 2018 lawsuit was barred by the three-year statute of limitations, and dismissed, with prejudice, Charles’ claims of copyright infringement, joint authorship and injunctive relief as untimely.

The ultimate takeaway from the court’s ruling in this case is that potential copyright claimants must be aware of when their claim accrues (at which point the statute of limitations begins to run), as well as the length of the period before the applicable statute of limitations expires, and then factor those constraints into any settlement or negotiation strategy.

Entrepreneurs, technology startups and entertainment producers developing new works are wise to consult with a copyright attorney on matters such as, for example, copyright clearance, work for hire contracts, fair use defense, and licensing.