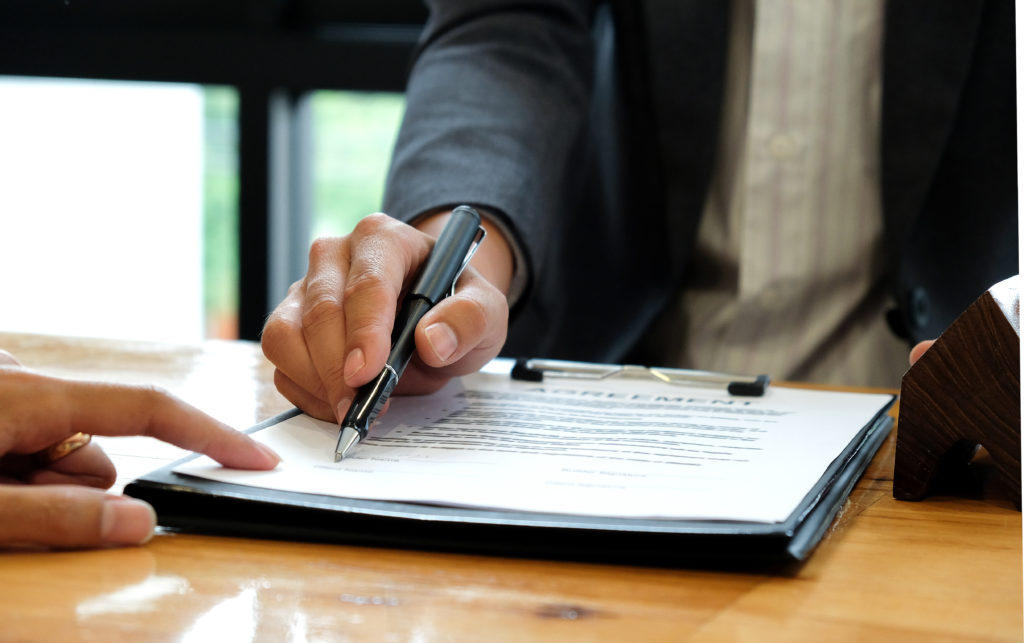 One common issue that entrepreneurs or trademark owners face during the federal registration process is a USPTO examining attorney’s refusal to register the applied-for mark on the grounds that it is likely to cause consumer confusion with a previously-registered trademark under Section 2(d) of the Trademark Act. Generally, there are three possible avenues for resolving a likelihood of confusion issue: (1) petitioning to cancel the federal trademark registration cited by the examiner; (2) submitting substantive arguments in support of registration; and (3) obtaining written trademark consent agreement to registration of the applied-for mark from the owner of the registration cited by the examiner. This article will discuss the third option, entering into a consent agreement with the owner of the cited trademark.

Trademark consent agreements generally refers to an agreement between parties in which one party (e.g., a prior registrant) consents to the registration of a mark by the other party (e.g., an applicant for registration of the same mark or a similar mark), or in which each party consents to the registration of an identical or similar mark by the other party. (See TMEP 1207.01(d)(viii)). While submission of a trademark consent agreement (which the rules acknowledge may be presented in a number of different forms) is one factor that may tip the scales in favor of withdrawing a likelihood of confusion refusal, it does not necessarily guarantee such a result. Rather, the persuasive value of a trademark consent agreement must be determined based on the content of the writing itself.

Naked Trademark Consent Agreements are agreements that contain little more than a prior registrant’s consent to registration of an applied-for mark and possibly a mere statement that source confusion is believed to be unlikely and are typically considered to be less persuasive than agreements detailing the specific reasons why the involved parties believe that no likelihood of confusion exists and identify the particular measures undertaken by the parties to avoid confusing the public. In addressing the issue of trademark consent agreements, the Trademark Trial and Appeal Board (“TTAB” or the “Board”) has held that “the more information that is in the consent agreement as to why the parties believe confusion to be unlikely, and the more evidentiary support for such conclusions in the facts of record or in the way of undertakings by the parties, the more we can assume that the consent is based on a reasoned assessment of the marketplace, and consequently the more weight the consent will be accorded.”

Trademark Trial and Appeal Board Rulings on Trademark Consent Agreements

TTAB Board precedent dictates that  “[a] letter of consent must reflect ‘the considered judgment of experienced businessmen that confusion is not likely in their respective uses of the mark. … One must look at all of the surrounding circumstances, as in DuPont, to determine if the consent reflects the reality of no likelihood of confusion in the marketplace, or if the parties struck a bargain that may be beneficial to their own interests, regardless of any confusion to the public.'” See In re Intuity Medical, Inc. (TTAB 2011), citing In re Mastic Inc. (Fed. Cir. 1987).

If a trademark consent agreement makes representations about both parties’ beliefs regarding the likelihood of confusion or indicates that both parties have agreed to take certain actions to avoid confusion, then it should be signed by both parties or by individuals with legal authority to bind the respective parties. In some instances, however, a consent document may be signed only by the owner of the cited registration, because only the registrant has provided its consent, agreed to take certain actions, or made representations as to the likelihood of confusion. In those cases, the absence of an applicant’s signature on a consent document does not render the document fundamentally unacceptable but could impact its persuasive value with respect to an examining attorney’s decision to withdraw the initial refusal to register the applicant’s mark.