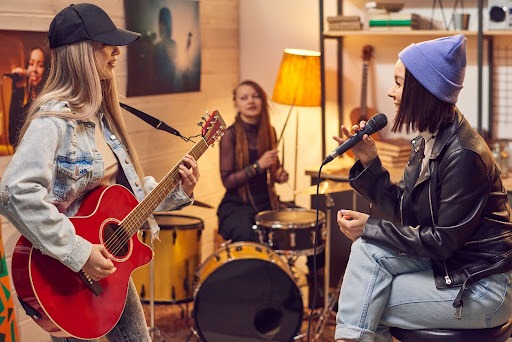 Intellectual property protection strategies of technology startups and entrepreneurs can hit many roadblocks, but when it comes to trademark application in the United States Patent and Trademark Office (the “USPTO”), a refusal for registration of a trademark that is disparaging is no longer legal black letter law. For the past few decades, the United States Patent and Trademark Office (USPTO) could and would refuse the federal trademark applications of entrepreneurs, tech startups, software or hardware companies, musical groups, and even clothing companies, based on the rule under Title 15 of the United States Code, Section 1052(a) which stated that the USPTO may deny a trademark application if the mark will “disparage . . . or bring into contempt or disrepute any person.”

This rule came into play in the 2016 United States Supreme Court case United States Patent and Trademark Office v. Tam. [n re Tam, 808 F.3d 1321 (Fed. Cir. 2015); cert. granted, 137 S. Ct. 30 (2016)]. In that case, Simon Tam was the lead singer of the Asian-American rock band “The Slants.” Tam sought federal trademark registration for the mark “THE SLANTS.” The USPTO denied his application on the basis of Section 2(a) of the Lanham Act (quoted above), determining that the proposed mark was disparaging.

The Supreme Court took this trademark litigation case on, as it saw it as a significant First Amendment issue that needed to be resolved within the context of the prosecution of this U.S. Trademark Application. The question at issue was whether this disparagement clause of Section 2(a) of the Lanham Act was an unconstitutional violation of citizens’ First Amendment rights. The Court held that it was facially unconstitutional, striking down the clause. In doing so, the Supreme Court essentially said: Hate Speech is Free Speech. It is not the role of the USPTO to determine whether they agree with the content of an applied-for mark.

Justice Alito wrote in his opinion that trademarks are private speech, and the government cannot limit that. The Slants are an Asian-American rock band and named themselves as such because they wanted to reclaim a disparaging term for themselves. Tam said that the band often encountered “slant-eyed gesture[s]” from kids when they were growing up, intended to make fun of their appearance.

Naming the band “The Slants” was a way for the members of the band to turn this seemingly disparaging phrase into a point of pride for them. The Supreme Court decided unanimously that they are entitled to do that under the United States Constitution and its free speech protections.

An additional point made by the Court was that the commercial market contains tons of products that disparage prominent figures and groups, and to suppress anyone’s ability to express themselves however they want would endanger Free Speech. Justice Alito wrote: “Speech may not be banned on the ground that it expresses ideas that offend.”

This decision has a widespread impact on potentially disparaging trademark applications nationwide. In 2014, the Washington Redskins football team was denied its trademark applications on the name REDSKINS as the name is a racial slur. Last year, the team decided to change its name to the Washington Football Team. For public image reasons, this name change was likely inevitable regardless of whether this had occurred prior to the Tam case or not, but it seems that the Supreme Court is saying that those applications were wrongfully denied.

Any entrepreneur or brand owner that is attempting to register a potentially disparaging mark should consult with a seasoned Technology Startup Lawyer in Los Angeles, California before taking any official action with the USPTO.

Why the Slants Took a Fight Over Their Band Name to the Supreme Court – The New York Times (nytimes.com)