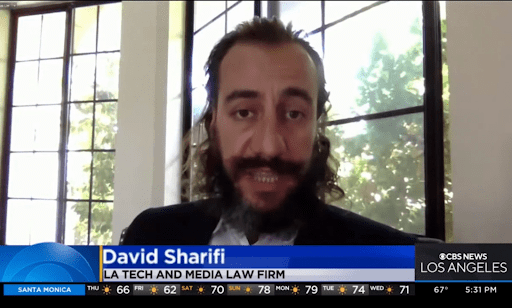 Entrepreneurs, trademark owners, tech startups, or local business owners who are also famous can run into legal issues when being assaulted in public, such was the case with Mike Tyson this April. When you are a celebrity and business owner, proper behavior and self-control in public are necessary in order to avoid annoying legal hurdles, which is not always easy.

When it comes to your reputation, your can’t unring the bell, and for celebrities like famed boxes and former heavyweight champion Mike Tyson, maintaining a good public image is as important maintaining other your intellectual property rights such as copyright, and trademarks, and patents. Entertainment law touches on a variety of legal issues. Working with digital media, entertainment, and tech lawyers will guide and educate entrepreneurs and technology startups on the best legal practices you should follow as a public business owner or celebrity.

Mike Tyson Punching a Man on the Plane

Navigating such legal matters is no different from other legal matters business owners get into, but there are a few nuances depending on the contracts the public figure may have. There is no “Entertainment law” section on the bar exam. An entertainment legal expert has experience with Intellectual Property, contracts, the business of entertainment and new media, and navigating novel issues specific to artists, talent, and the entertainment community

David Sharifi, Principal Attorney at one of L.A.’s top Technology law firms, L.A. Tech and Media Law, was interviewed on CBS Los Angeles by Tena Ezzeddine to discuss the legal issues pertinent to Mike Tyson stemming fist fight on the airplane this April. An interview with David Shariff, an entertainment law expert, outlines a variety of ramifications pertinent to the former heavyweight incident.

Do the Issues of Self-Defense Matter for Entertainment Professionals and Athletes?

Mike Tyson’s lawyers will analyze whether or not Mike Tyson is entitled to a self-defense claim. Some argue celebrities should be accustomed to being heckled or approached publicly. While that may be true, the law is clear whether it be a public figure or celebrity, one does not lose the right to defend themselves from bodily harm. If an entertainment professional is involved in physical fights, they do not lose the right to assert self-defense. However, words alone are never adequate provocation.

The TMZ video shows that Mike was being verbally assaulted by a passenger behind his seat. It is unknown whether the passager threw the first punch, what we do know is that physical altercations outside self-defense are a local crime. Investigators will analyze whether Tyson threw the first punch, or if he was physically accosted first. If Tyson is found guilty he will not only be faced with charges but also termination from contracts and business deals. It is common for celebrity agreements and contracts to include cause for termination if the celebrity becomes the subject of public disrepute, contempt, or scandal. If Tyson’s contracts include this clause, there’s exposure to loss of income.

In this case, it happened on an airplane under FAA jurisdiction. The Federal Aviation Regulations (FARs) are rules prescribed by the Federal Aviation Administration (FAA) governing all aviation activities in the United States. The law is clear, crimes happening on federal property are subject to the Federal criminal code. At the same time, C.A. or local officials can also bring charges.

In other words, causing a disturbance on an airplane is a federal crime in the United States. At the same time, local officials may also charge Tyson with a crime. It is possible that Mike Tyson will be sued in civil court as a result of this incident. Depending in part on the results of the criminal investigation, Tyson may settle confidentially to avoid exposure to larger damages at trial. From an entertainment perspective, this incident may lead to the same legal issues on the business side in terms of losing contracts and coming into a dispute in the eyes of the American Purchasing Public.

Our law firm’s mission is to protect our clients with the best practices and top-notch lawyers when it comes to the entertainment law landscape. Law firms can offer many advantages for business owners, stakeholders, and entrepreneurs for federal and local law protection as well as knowing your rights as a business. Come in for a consultation on how to leverage your business copyrights, trademarks, and intellectual properties in safe and strategically planned methods. All brand and business owners are well-advised to consult with an experienced entertainment attorney and intellectual property law firm in Los Angeles, New York, Atlanta, Miami, or Dallas.