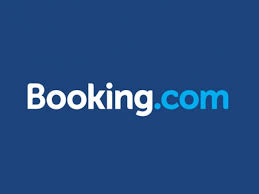 2019 saw many new developments and changes in law stemming from notable federal trademark cases that were decided by the highest courts in the United States. Below is a summary of notable patent and trademark cases and developments from the year, as well as a discussion of their implications, generally and specifically for entrepreneurs and technology startups.

Finding that it was comprised of immoral or scandalous matter in violation of Section 2(a) of the Lanham Act, the United States Patent and Trademark Office (USPTO) refused federal registration to Erik Brunetti’s trademark FUCT. After requesting reconsideration by the USPTO examiner–to no avail–Brunetti then appealed to Trademark Trial and Appeal Board (TTAB or the “Board”) who affirmed the examining attorney’s refusal to register the mark. On appeal of the TTAB decision, the United States Court of Appeals for the Federal Circuit held that, although the Board did not err in concluding that the mark should be excluded under Section 2(a), barring federal registration for immoral or scandalous trademarks, as set forth in that provision of the Lanham Act, is an unconstitutional restraint on the First Amendment right to free speech.

Andrei Iancu, the undersecretary of commerce for intellectual property and director of the USPTO, appealed the Federal Circuit decision to the Supreme Court of the United States (the “Supreme Court” or the “Court”), and the Court agreed to hear this as one of the trademark cases for review on January 4, 2019.

On June 24, 2019, the Supreme Court affirmed the Federal Circuit‘s ruling in a 6-3 decision, concluding that prohibiting registration of “immoral” or “scandalous” trademarks under the Lanham Act constitutes view-point discrimination in violation of the First Amendment. The Court rejected the USPTO’s argument that Section 2(a)’s requirements are properly viewpoint-neutral.  Particularly, the Court noted that, while the USPTO has refused to register trademarks that communicate “immoral” or “scandalous” views about drug use, religious, and terrorism, it has allowed registration of trademark marks that express more accepted views pertaining to the same subjects. Accordingly, the Court concluded that the “immoral” and “scandalous” marks ban cannot be viewpoint-neutral. The Court also dismissed the USPTO’s request that Section 2(a) be interpreted more narrowly to impose restrictions only on lewd, sexually-explicit, or profane marks. In declining to adopt the more narrow reading of the provision, the Court pointed out that the Court’s role is to “interpret the statute that Congress enacted” rather than create a new one.

The Supreme Court’s decision these trademark cases broadened the scope of trademarks that can successfully obtain federal registration.

Interestingly, both the majority opinion, as well as the concurrence and dissents, suggested that, should Congress enact law that limits the restriction merely to “lewd, sexually explicit, or profane marks” in the future, such a provision might pass constitutional muster.  The various Justices clearly anticipate the potential problems that may accompany allowing registration of every lewd and obscene trademark that comes before the USPTO. Justice Alito’s concurring opinion specifically left room for Congress to someday ban the registration of vulgar trademarks: “Our decision does not prevent Congress from adopting a more carefully focused statute that precludes the registration of marks containing vulgar terms that play no real part in the expression of ideas.” “The particular mark in question in this case,” he continued, “could be denied registration under such a statute.”  Additionally, Justice Sotomayor’s partial concurrence and partial dissent predicted that the Court’s decision will “beget unfortunate results,” ultimately foreshadowing a surge in applications to register “the most vulgar, profane, or obscene words and images imaginable.” Chief Justice Roberts, Justice Breyer, and Justice Sotomayor all seemed to agree that the prohibition on scandalous marks could “be read more narrowly to bar only marks that offend because of their mode of expression—marks that are obscene, vulgar, or profane” and that “refusing registration to obscene, vulgar, or profane marks does not offend the First Amendment.”

Perhaps this decision will result in prompt congressional action to clarify the text of the Lanham Act such that federal registration can properly be refused to obscene, vulgar, or profane trademarks in particular.  In the interim, applications to register those trademarks are likely to be approved, provided that they meet the remaining statutory requirements.

As always, technology startups, entrepreneurs, and other brand owners, whether aware of these trademark cases and other new laws governing trademark in the United States, are well advised to consider consultation with an experienced trademark attorney to conduct full due diligence and conflict on a trademark before selection and adoption by the firm.

On November 8, 2019 the Supreme Court granted the USPTO’s petition for writ of certiorari for review of a decision by the Fourth Circuit Court of Appeals that affirmed a district court’s order to permit federal trademark registration of “BOOKING.COM.”

During 2011 and 2012, Booking.com–a travel and hotel accommodations company–filed four applications for federal registration of its trademark, BOOKING.COM, in standard character and stylized forms. An examining attorney for the USPTO found that these trademarks are generic, and therefore unprotectable under the Lanham Act, and consequently refused to allow registration of the marks. In the alternative, the USPTO concluded, the applicant-company had not proven that the trademarks has acquired secondary meaning and, as such, registration could be properly refused because the trademarks are merely descriptive. On appeal by Booking.com, the TTAB affirmed these initial refusals.

Booking.com appealed the TTAB decision to the U.S. District Court for the Eastern District of Virginia, contending that BOOKING.COM was eligible for federal trademark protection because it was descriptive or suggestive. The district court agreed, finding that, although “booking” is a generic term to describe the company’s services, the trademarks are still potentially registrable as descriptive marks that have acquired distinctiveness because the public understands the “BOOKING.COM” trademark as a whole to refer to the company’s brand and therefore the mark in its entirety is not generic. The USPTO appealed to the Fourth Circuit Court of Appeals, arguing that the addition of a generic top-level domain (e.g., “.com”) to a generic term could never result in a non-generic mark. The Fourth Circuit nevertheless affirmed the district court decision, relying partly on survey evidence showing consumers recognized BOOKING.COM as a brand rather than a generic service. In sum, the appellate court determined that, even if a trademark is only comprised of a top-level domain added to a generic term, that mark is not automatically ineligible for federal trademark protection so long as it has source significance to the relevant consuming public.

If the Supreme Court concludes that BOOKING.COM is generic rather than descriptive or suggestive, it presumably won’t need to address the question of whether the applicant-company’s evidence of acquired distinctiveness was sufficient to allow federal trademark registration. If the Court finds that the mark is descriptive rather than generic, it could still use the opportunity to rule on the adequacy of the survey evidence. This would serve as helpful guidance for trademark practitioners, applicants, and the USPTO with respect to the level of proof that is required for a sufficient showing of acquired distinctiveness.

The Supreme Court will likely issue a decision in the case by mid-2020.

PrevPreviousRamifications of Missed Answer Deadline in Trademark Trial and Appeal Board (TTAB)
Next2019 Year in Review: Landmark Patent Case AnalysisNext