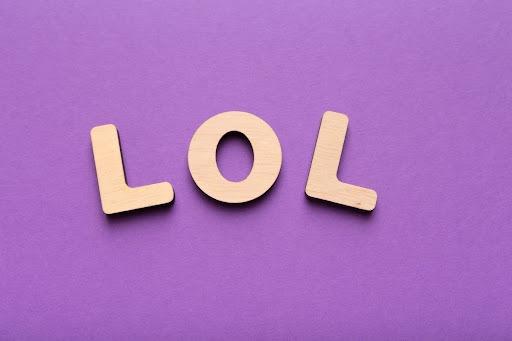 Technology startups and entrepreneurs in the hardware, software and social media industries commonly deal with acronyms and abbreviations and sometimes may want to brand their companies around certain acronyms or abbreviations. As a general rule under United States Trademark Law, an acronym or initialism cannot be considered descriptive unless the wording it stands for is merely descriptive of the goods or services, and the… acronym or initialism is readily understood by relevant purchasers to be “substantially synonymous” with the merely descriptive wording it represents.

However, there are millions of active trademarks registered worldwide, for many different slogans, logos, and phrases. So what can be trademarked and what is likely to be refused by the United States Patent and Trademark Office (“USPTO”)? Can a brand owner register a trademark for widely known text acronyms such as “LOL” and “LMAO”? The answer is a complicated one, but as with most issues in intellectual property law, the short answer is: “It depends.”

There is currently only one live trademark registration for LMAO and it is the mark “LMAO!!!” registered for use in connection with wine and spirit goods and services.

There are quite a few live trademark registrations for the text acronym “LOL.” The example below is registered for use in connection with cooking and kitchen tools.

While you cannot simply trademark the acronyms themselves, these popular acronyms *can* be trademarked for use on particular goods or services. As with any other trademark application, the acronym must satisfy either the use-in-commerce or intent-to-use requirement of Section 1(a) and 1(b), respectively. The applied-for mark must be used (or intended to be used) in commerce in connection with the use of the specific goods or services listed.

Section 2(e) of the Trademark Lanham Act provides the USPTO with the authority to refuse trademark registration for marks that are merely descriptive. Trademark applications for marks that are acronyms do not have to be refused by the USPTO, but the acronym mark must be more than merely descriptive. The 1956 case heard by the United States Court of Customs and Patent Appeals, Modern Optics, Inc. v. Univis Lens Co., illustrates the importance of this distinction.

The court went on to say that, while there are certain individuals with knowledge of the industry to whom “CV” constitutes a generic designation of trifocal lenses, most of the general public would not fall into that category. It held that the mark “CV” is registrable because the record was unconvincing that “CV” is a generally recognized term referring to multifocal lenses.

Tying this decision back into text acronyms such as “LOL” and “LMAO,” it appears that these terms may have difficulty functioning as a trademark as it applies to their well-known meanings “Laughing Out Loud” and “Laughing My A** Off,” respectively. However, as seen in the registered trademarks above, these terms can be trademarked as to their connection with certain goods and services as they are used in commerce when the terms are not merely descriptive of the products or services they are connected to. For example, the trademark NFL clearly belongs to the National Football League.
Any entrepreneur or brand owner looking to trademark these terms, or any acronym generally, should consult with an experienced tech startup consultant and attorney to help determine whether the mark will be registrable.